“Who loves you, baby?” The science behind positive self talk. 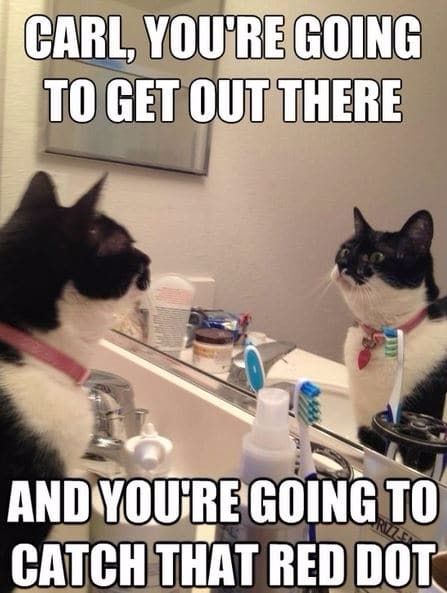 “I feel like I’m backsliding into my old habits,” my client confessed.

It had been several months since our last coaching session.

She’d been doing fan-freaking-tastically for a while — waking up earlier, taking care of her body, finding healthy ways to set boundaries at work and de-stress after a long day at the office. But lately? Things had been slipping. She felt tired, irritated, and noticed her weight creeping back up on the scale.

“What has changed?” I asked.

She rolled through several things. Too much chocolate at night. Less time in the mornings to prepare for a productive day. Crappy breakfast choices. Big, intense projects at work.

I prodded her a bit more.

“Deeper than that…” I asked. “What else has changed?”

She pondered for a moment, then replied:

“The way that I have been talking to myself lately… is really, really mean.”

I encouraged her to ramp up the positive self talk.

“Find a phrase that you can say to yourself throughout the day to inspire you to make healthy, self respecting choices,” I urged.

She agreed to try. But I could detect the smallest hint of skepticism. Understandably so.

“Positive self talk” is one of those personal development practices that seems too good to be true — or too simple to actually work.

But… does it work?

Ready to geek out with me for a moment? Read on:

In one study, recreational athletes (people who like to work out, but not professional athletes) were asked to do a high-intensity cycling exercise.

The cyclists were divided into two groups.

The cyclists in the first group were asked to cycle “until exhaustion” — meaning: as hard as you can go for as long as you can go. Researchers measured their efforts. Then the cyclists in the first group were instructed to come up with four positive, motivating self talk statements. They were told to use these statements for two weeks: repeating them during workouts and other times throughout the week.

The cyclists in the second group — the control group — were NOT given positive self talk homework. They just moseyed along as per usual.

The cyclists who didn’t do positive self talk? No improvement. In fact, they did slightly worse in the second trial.
This research makes me want to jump on the freaking ROOF and holler to everyone within earshot.
PEOPLE.

POSITIVE SELF TALK REALLY WORKS.
Try it. Throughout your day — especially during challenging, stressful moments —

tell yourself:
“You are SO strong!”

“You deserve love and respect.”

Or my personal favorite:

Or any kind of loving, caring, empowering statement that makes you feel the way you want to feel.

If you think positive self talk is dumb, woo-woo, annoyingly perky, or insert-grumpy-assumption-here, I’m begging you: just give it a chance.

You’ve got literally nothing to lose and EIGHTEEN PERCENT increased awesomeness to gain.

Love yourself up with your words.
Susan