This is my body. You got a problem with that?

Last week I was at Urban Campfire. This is what I told them…. 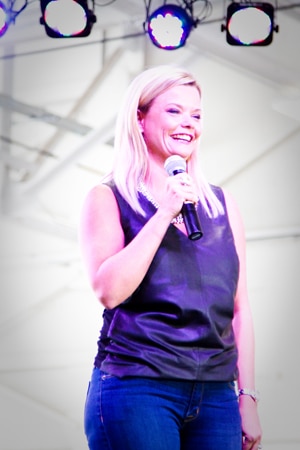 This is a story about a bright summer day, out on the lake with my family.

On that day, I decided to wear a bikini… and I took a picture of myself wearing that bikini… and posted that picture on Facebook.

Why? Because I felt sexy and confident and happy, and was having a total blast with my family, and I wanted to share that moment with the people who love me.

Well… some people … had other opinions. Strong opinions.

Opinions about what I should and should not be doing with my body.

Opinions about the kind of mother that I am. The kind of message I’m sending to my children.

Opinions about whether it’s OK for a forty-something-year-old professional woman to be seen, in a bikini, period.

And when all the hatin’ started piling into my inbox, I got… PISSED.

Because a bikini isn’t just a bikini, to me.

It’s a symbol of freedom.

A symbol of survival and self-love — against all the odds.

I’m going to tell you more about that, but to do that, first, I have to tell you another story.

A story about another bright summer day, many years ago.

The bright summer day… when I got raped.


I was 21 years old, and the world felt like paradise.

I had just graduated from college, and I’d been offered a full time position in Washington DC, working for a fantastic PR firm. I had just gotten married to my husband Scott, aka the Silver Fox, who was slightly less silver in those days. But definitely just as foxy. 🙂

Like I mentioned, it was a bright summer day. Early summer, late May.

I was running a few errands around town — we lived in a sleepy, safe, peaceful suburban neighborhood in Maryland — and I was heading to the pet store to buy some dog food.

I pulled into the shopping center, couldn’t find a place to park in the front, so I pulled my car around to the back. Sunny. Clear. Middle of the day.

I got out of my car and saw a young, clean cut, good looking guy hanging out in the lot. Just a little bit older than me. I figured he was an employee, someone who worked at that shopping center. Making taking a lunch break.

As I walked past him towards the back entrance — good Southern girl that I am — I smiled at him and said, “hello.”

As soon as I’d passed him, he attacked me.

He grabbed me, dragged me towards a dumpster, pushed my face down in the gravel, pulled out a knife… and raped me.

It all happened incredibly fast. It was surreal and incomprehensible.

I remember pinching myself while he raped me, to wake myself up, because I was convinced I was having a nightmare. It just couldn’t possibly be real.

When he was done, he told me to count to 100 and not get up until I was done counting. He told me that if I didn’t, he would kill my whole family.

I laid there, for I don’t know how long.

My body and mind were completely in shock.

And as I was lying there, with my face still in the gravel, I remember hearing a little whisper from deep inside myself.

This man is NOT going to wreck you.

This will NOT derail your life.

This will NOT define you.

And then, that wise voice disappeared, and the shock and shame returned.

I went home, in a daze. I took a shower. Cleaned myself up.

I didn’t tell anybody what had happened.

Not even my husband.

It does sound crazy, but actually, staying silent and pretending it never happened is a very common response for women who have been raped.

On college campuses, for example, it’s estimated that 95% of rapes on campus are never reported.

Outside of college, out in the world, 60% of sexual assaults are never reported.

In the end, only 4% of rapists are ever convicted of a felony, and only 3% actually spend even a single day in prison.

It’s a clunky, ridiculous legal system that blames, shames and victimizes women, without offering much protection or justice.

I didn’t know any of these statistics at the time, of course.

All I knew was: I didn’t want anyone to find out. I didn’t want RAPE VICTIM branded onto my forehead, changing the way that everyone, including my new husband, looked at me and treated me.

So I kept my mouth shut.

And I probably would have kept my mouth shut, forever.

Except for one little problem:


I didn’t know if the baby was my husband’s, or the rapist’s.

Finally, I told my husband, Scott, the whole story.

He was furious — not at me, at the man who had done this to me — and he was incredibly concerned about me. He forced me to go to therapy, to deal with the emotions that I had bottled away. He forced me to stop hiding… and while I hated it at the time, I am so grateful, now.

I scheduled an abortion, but ultimately, I miscarried and the baby was gone.

And somehow… through years of therapy and coaching and unconditional love from my friends and family… I was able to heal. To let it all go.

At one point, as many rape survivors do, I gained a lot of weight. It was a protective shield from the world. Keeping me hidden. Keeping me safe.

I lost the weight, permanently, through more therapy, more coaching.

I lost the weight because I learned how to listen to that wise, clear voice inside.

The wise voice that said:

You can create the life of your dreams.

You can be free.

It was the same voice that had whispered to me, down there, in the gravel:

This man will NOT derail your life.

This will NOT define you.

In time, that voice grew louder and stronger.

Until it was the only voice I could hear. 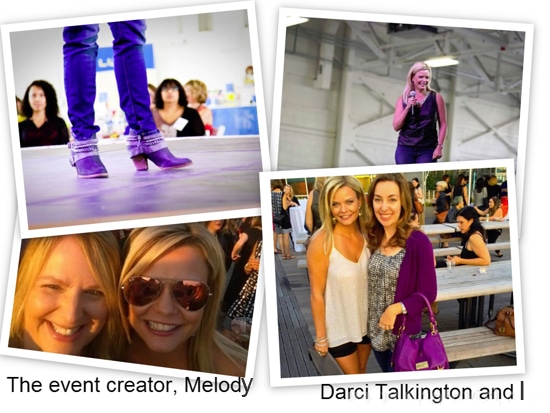 The day I described to you at the beginning of this talk.

Out on the lake, relaxing on the boat, enjoying a beautiful afternoon with my husband and two teenage kids.

Like I mentioned, posting some photos of myself wearing a bikini stirred up quite a storm, online. I got a lot of flack for doing it.

And it got me thinking:

What is it about the female body that is SO threatening?

When a man posts a pic of himself wearing swim trunks, relaxing in a boat or on the beach, nobody bats an eye. Just a guy, enjoying some summertime fun.

But when a woman does the same thing, it’s an outrage.

“Slut!” “Cover yourself up!” How dare you call yourself a feminist, looking like that!” “Attention-whore!” “What kind of mother do you think you are?” “Totally inappropriate!”

It’s a cruel double standard — and it makes me sick.

When I post pictures of myself in my bikini on Facebook, I am not trying to get “Likes” to fluff up my ego.

I am making a statement.

That photo, that bikini, is a symbol of freedom.

I am proud of my body, because I know what this body has done and can do.

My body has carried and birthed two amazing humans.

My body has survived rape.

My body has allowed me to run over six thousand miles in the last six years.

My body has learned how to climb ropes, jump on boxes, lift heavy weights.

My body houses my spirit — which is sexier than any muscle or curve.

I am wearing a bikini because I want to show women that it’s possible to love your body, love your life, love every part of your self, even after years of self-hatred, shame and unhappiness. Even after the unthinkable has happened.

I am not afraid to be seen.

If you’ve got a problem with that, then you’re a problem that I don’t need in my life.

I refuse to be a woman who hides from the camera, or who holds herself back from living life, full out.

I refuse to be derailed by a rapist, by mean people on the Internet, or by anybody else who wants to shut me down.

In a dress, a suit, a bikini, my pajamas, or any article of clothing, I am happy. I am confident. I am FREE.

I am not ashamed.

I am not a victim.

I am not broken.

I am not hiding.

[thank you for listening]

Work your style. Make your mark.

Own It is an online course for women who are tired of living life… like it's a dress rehearsal. (Newsflash: it's not.)

Join two outspoken women — Melody Biringer, founder of CRAVE and Urban Campfire, and Susan Hyatt, a master life coach, as featured on national TV and in O, The Oprah Magazine — for an experience that will push you to stop playing in the shallow pool of life, and step right into the deep end.

Your genius. Your style. Your sex life. Your presence. Your mark on the world. Magnified.

It's time to show up — as the most authentic + electric version of YOU.

Are you ready to Own It? Join here.

Some photos by: Nivedita Deshpande