The courage to remake the world.

This is the 110th episode in a series of GO mp3s to wake you up on your Monday morning and get you going.

In this episode we’re talking about how to facing the negativity and fear that surrounds us with courage and a brave heart.

Lately, it kinda feels like our world is melting into absolute chaos. You feelin’ it? Me too.

We’ve got white supremacists marching in the streets. We’ve got flooding in Texas and forest fires in Oregon. Hurricanes Harvey and Irma devastating parts of our world. North Korea is acting out like a teenager who’s testing his parents’ limits. It feels like there’s another school shooting or terrorist attack every week. Our President is tweeting and signing memos to ban transgender people from serving in the military—which represents a huge step backwards for human rights.

Most of us are feeling exhausted because of the nonstop bad news. It’s hard to even look at the news headlines sometimes, because it feels like, “Dear Lord. Now what?!”

In the midst of all this, there’s a portion of the population that is determined to stay positive, no matter what. These are people who post things on Facebook, saying…

We need to focus on what’s working…

We need to stay positive…

Block out the negativity…

Focus on the positive…

Things have always been bad, the world has always been violent, these times are no different, so just carry on and stay positive…

I understand what these people are trying to express. However, this line of thinking really bothers me. Block out negativity? Focus on the positive? Uh, that’s not really going to help make our world better. We’ve got serious problems that require daily, vigilant attention. We can’t just block it out. We need to face this stuff with courage.

Barack Obama once wrote these words, which feel so timely right now:

“Hope is not blind optimism. It’s not ignoring the enormity of the task ahead or the roadblocks that stand in our path. It’s not sitting on the sidelines or shirking from a fight. Hope is that thing inside us that insists, despite all evidence to the contrary, that something better awaits us if we have the courage to reach for it, and to work for it, and to fight for it. Hope is the belief that destiny will not be written for us, but by us, by the men and women who are not content to settle for the world as it is, who have the courage to remake the world as it should be.”

That says it all.

We can’t afford to sit on our meditation cushions and think positive thoughts and ignore the suffering and injustices in our world. That is not enlightenment. And that is not helpful.

We need to have courage. Like Obama says, “the courage to remake the world as it should be.”

We all need to play our part.

And if you’re not sure what you can do, or how you can help, I have 3 quick suggestions for you…

#1. DONATE to a cause you believe in—whether it’s the ACLU, Planned Parenthood, or an organization like Running Start, which helps young women get ready for a career in politics. So cool. Lord knows we could use more women in positions of leadership!

You can kick in $5, or $10. Every dollar helps. If you’re able to listen to this podcast on your computer, phone, or iPod, then you’re probably in a financial position where you’re able to kick in 5 bucks. Or maybe more.

#2. SIGN a petition. You can go to the White House website, or to websites like MoveOn.org, to sign official petitions. You can sign a petition saying to Congress, do NOT approve funding for Trump’s border wall project. And many other petitions. It takes almost no time to add your signature. You don’t have to call anyone or write a letter. This is a very simple action step you can take.

And perhaps most importantly of all…

#3. When you see unacceptable behavior, do not stand passively and let it happen. Call it out. MAKE A SCENE.

If a colleague makes a racist joke, don’t let it slide.

If your uncle posts something bigoted and inaccurate on Facebook, and he doesn’t have his facts straight, correct him.

If your friends have been meditating for the last 9 months and ignoring everything that’s happening in the world, urge them to pay attention and get involved. Give them helpful suggestions on what to do, just like I’m giving to you. Send this podcast link to them. Send articles. Host a dinner party, invite your friends, and come up with a plan of action that you can all rock out together.

Human beings are capable of feeling more than one emotion at a time. We can be upset—and optimistic. We can be heartbroken—and still have hope for the future. We can feel positive, sure, but that positivity needs to be born from a place of action.

I feel positive because I DID SOMETHING to make things better.

Not, I feel positive because I’ve ignored the news for 5 weeks.

Because that’s not real positivity. That’s ignorance and neglect.

What will you do, this week, to remake the world as it should be?

Find something you can do. Positive thoughts are not enough, unfortunately. Please do more. Find within yourself what Obama calls “the courage to remake the world.” I know that courage is there, inside you. Tap in. Dig deep. With every action step that you take, your sense of hope will grow stronger. 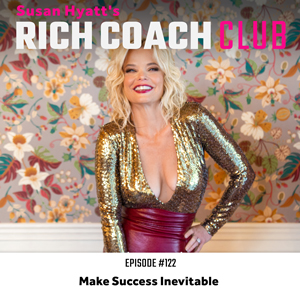 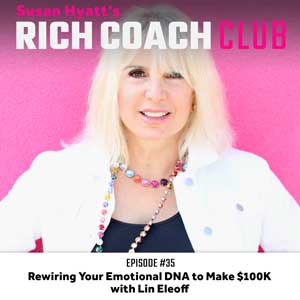 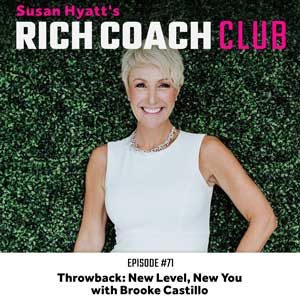