This is the 93rd episode in a series of GO mp3s to wake you up on your Monday morning and get you going.

In this episode we’re talking about how to take control and be the leader of your own life.

Today I’ve got a story for you about… creating the world that you want.

The story begins with my son Ryan. If you’ve followed my work for awhile, then you’ve probably heard me talk about Ryan before. Have you ever seen the movie Ferris Bueller’s Day Off? That movie is basically a documentary film about Ryan’s life.

Ryan has never been a rule-follower. He’s one of those kids who is always pushing the limits, always testing people, always trying to see how much he can get away with. He doesn’t care what people think, and he doesn’t care about following the rules if he thinks the rules are stupid. He is fearless. He’s always questioning authority figures. He’s always doing things his own way.

As you can imagine, raising a kid like Ryan has been… challenging, to say the least. There have been… a lot of therapy sessions. LOL. But even though Ryan has a troublemaking streak, ultimately, I believe that his fearlessness is one of his best qualities. I know that Ryan is not going to have a conventional career or a conventional life. He’s going to keep surprising us. He always does.

And speaking of surprises… Ryan applied for several colleges on his own, all by himself, without telling me or his dad. He got accepted into his top choice, the University of Kansas. Even though he doesn’t have the best GPA, he wrote a fantastic essay and they accepted him. I am so proud of him! #rockchalkjayhawks

So the other day, Ryan pulls me aside and he tells me,

“I want to join a fraternity at U of Kansas. But I can’t join because my GPA isn’t high enough. They won’t let me in.”

I say to him, “OK. Well, that’s too bad I guess.” Inside my mind, I’m picturing gross frat boys chugging beer and I’m secretly thinking, Thank God Ryan’s not doing that.

And then Ryan says, “So I decided to start my own fraternity.”

And I’m like, “Oh my God. Well of course you are. What’s it going to be called?”

I started laughing. Alpha Alpha Alpha. Of course. What does “Alpha” mean? It’s the dominant animal in the pack. The maverick. The leader. The alpha wolf. NASA scientists also use the word “Alpha” to refer to “the brightest star in a constellation.” Of course Ryan chose Alpha Alpha Alpha as the name of his fraternity. What else, right?

Take my teenage daughter Emily, for example. Emily felt frustrated because the high school plays and local theater companies wouldn’t let her play the roles she wanted to play. They told her she looked too old to play the “kid” roles, but too young to play the “grown-up” roles, and that she wasn’t allowed to audition for parts typically played by men. Instead of whining about it, she decided, “Well I guess I’ll just start my own theater company. Then I can choose the shows, cast them, and perform in them, and do things how I want!” Alpha Alpha Alpha!

And then there’s my friend Rachel. Rachel started her career working as an attorney. Like many attorneys, she worked incredibly long hours, and she constantly felt over scheduled and burnt out. She fantasized about working for a virtual law firm—some kind of situation where she could work from home, spend more time with her family, and meet with clients via Skype and Facetime. She tried to find a virtual law firm like that. But she couldn’t find anything. So she created it herself. Now she runs a virtual law firm with a team of attorneys. She gets to be her own boss, and she has way more free time and flexibility. She also created an amazing product called Small Business Bodyguard, which helps small business owners avoid lawsuits, trademark their work, and protect their intellectual property. So freakin’ cool. Alpha Alpha Alpha!

Basically, there are two types of people in this world.

There are people who see a locked door and think, “Oh well! I guess that’s the end of this story.”

And then, there are people who see a locked door and think, “Oh, no problem. I don’t need to get past that door anyway. I can build my own damn house.”

Which type of person do you want to be?

That’s right. This week, as you’re writing, working, running your business, parenting, whatever you’re doing, I want you to approach things with an Alpha Alpha Alpha attitude—just like Ryan, Emily, and Rachel.

If nobody’s throwing a cool dinner party, host one yourself.

If nobody’s inviting you to be a guest on a podcast, start your own podcast.

If nobody’s writing about the topics that matter to you, write your own article.

If you can’t find the exact type of support group, club, or class that you’re looking for, start it yourself.

If someone says to you, “Sorry, your GPA isn’t high enough” or “Sorry, the position has already been filled” or “Sorry, we’re not interested,” don’t give up on your dream. Find another way to create the end-result that you want.

Let that be your mantra this week. And next week. And… forever. 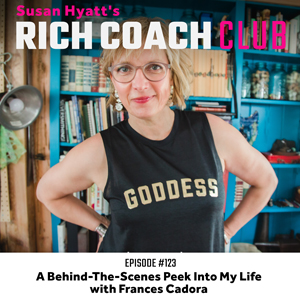 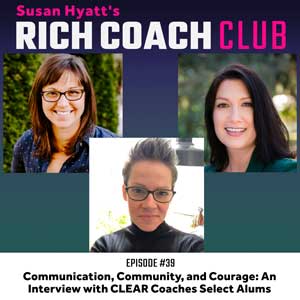 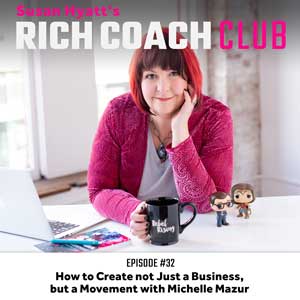