A friend told me a story this week that I need to share because… it’s so relatable.

We’ve all been there.

Long story short… my friend rents an apartment that came with a bunch of furniture. Most of the furniture is pretty old and poorly made, and it’s falling apart.

The other day, one of the cabinets split into three pieces and almost toppled over and crushed her. (Thank God she works out, because she caught the collapsing cabinet on her shoulders and pushed it back upright… even though it weighs a ton!)

Her partner says, “Hon, email our landlord. Tell them to clear this broken-ass cabinet out of here. And tell them to replace it with a brand new one.”

My friend writes a (very polite) email to her landlord make this (perfectly reasonable) request. Then (as she typically does) she re-reads the email. Changes one sentence. Re-reads it again. Oops. Fixes a typo. Re-reads it again. Hmm, maybe that part sounds a little too “bossy.” Another tweak. She starts re-reading it again, and then… 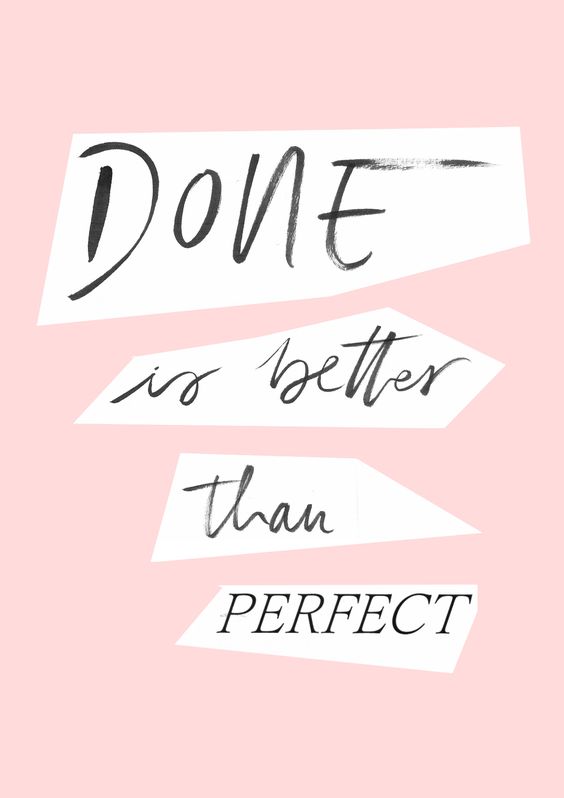 Her partner strolls over, glances at the email for 5 seconds, then reaches around her shoulder and hits “SEND.”

“OMG why did you do that?? I wasn’t finished!!” my friend exclaims, totally distressed.

“Because it was completely fine. And because I knew if I didn’t do that, then you’d be obsessing over that email for another hour. Come on, let’s have dinner.”

My friend realized, “He’s right. WTF was I even doing just now?”

This scenario is so incredibly common. So many of us get completely lost in micro-details that won’t matter 5 months from now (or even 5 minutes) from now. We waste hours, weeks, entire years of our lives putzing around like this.

I mean, think about it. How many hours of your life have you spent triple-checking emails that ultimately don’t even matter? Can you even imagine what the grand total would be? (Probably a startling, huge number.)

But it’s not just emails, of course. It’s emails and it’s… blog posts, newsletters, holiday cards and gifts, organizing, tidying, arranging, and let’s not forget obsessing over carbs, points, and calories (that’s a very popular distraction!). There’s always some kind of micro-detail to obsess over. But all of this obsessing and triple-checking and putzing comes with a steep price. The price is… your time. In other words, your life.

When you die, do you want to be remembered as, “A woman who sent typo-free emails with impressive consistency”? Is that your legacy? No!

Hopefully, you’ll be remembered as a woman who lived boldly, who pursued her goals with courage and conviction, whose emails were rarely perfect (but full of heart and spirit and joyful exclamation points!!!), who used her voice, and who focused her time where it counts.

That email you’ve been putzing around with for the last 23 minutes?

If I was there, I’d reach around your shoulders and hit SEND for you—but I’m not, so you’ve gotta do it yourself. Send it right now and then get on with the rest of your day. Less putzing. More progress. Less fiddling. More legacy-building.