“I’ve felt so empty inside for the last three years. I just haven’t been living,” my client confessed.

The never-ending grind of work, errands, laundry, defrosting those chicken cutlets for dinner, and a million other obligations had slowly dulled this woman’s shine…to the point where she barely remembered what “rest” or “play” felt like.

“But this last weekend was the most fun I’ve had in years,” she added. Her voice brightened. “I feel like I’m coming alive.”

As a life coach, that phrase—“coming alive”—brings me to tears. Because that’s what this work is all about. Feeling alive in your own skin. Feeling awake in your own life.

What brought this woman back to life?

A Murder Mystery Night, of all things! 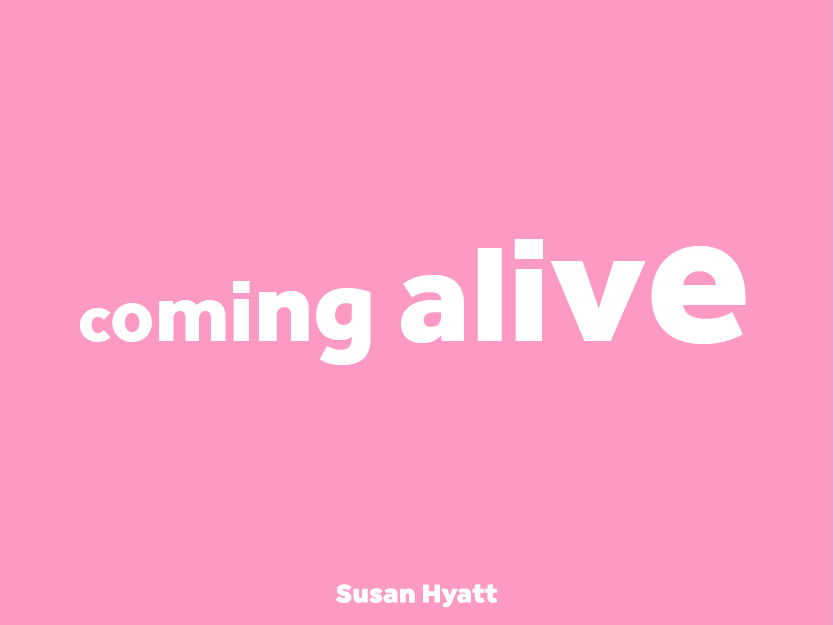 I hosted a mastermind event and hired an acting troupe to lead a mystery night—you know, where a scene plays out and the audience has to guess “who done it?” and solve the crime. The actors needed a few volunteers. My client got picked to be one of the suspects.

She later admitted that she’d been terrified. Absolutely did not want to get onstage. Almost refused to do it. But something inside her said, “Just get up there.” So she did.

It ended up being one of the best experiences she’s had in a long time. Cracking up with laughter. So silly. So funny. So alive.

She walked off that stage beaming, glowing like the sun, and (unexpectedly) with some important realizations about her life and career direction.

Sometimes, when life feels flat and dull, you need to sprawl out on a therapist’s couch and sob until you figure things out.

Other times, you need to do anything other than lie down on a sofa. You need bust out of your safety zone, be challenged, be ridiculously silly, and laugh until your cheeks hurt.

What would help you come alive?

It might be something that seems foolish, frivolous, dumb, childish, or even {scoffing tone} an “unproductive waste of time.”

Good. Go be foolish and unproductive. Go waste some time.

PS. My already limited 1:1 calendar is almost booked!  Click here to apply today to take part in 6 months of coaching with me, or click here and apply to spend one transformational day with me and my COO Ana Micka.